It was another fairly solid week for the Bring a Trailer team, with dozens of vehicles sold at prices that don’t seem all that distanced from the market over the past few months. With a good volume of cars still swapping owners, it seems that we’ve yet to see a true market downturn as we wait for the full impact of the new stay-at-home economy. Here are seven of our favorite cars from this week’s online BaT auctions. 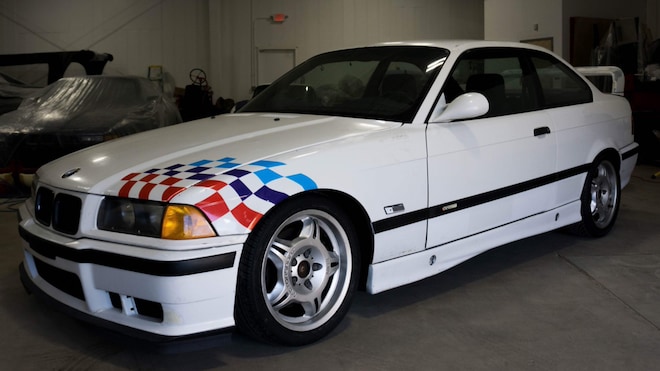 With memories of Paul Walker’s quintet of E36 M3 Lightweights still fresh in our minds (they sold for prices between $220,000 and $385,000), we watched this auction with interest. What would a scruffy, non-running Lightweight bring? This car needed lots of love; it was repainted at least once, wears at least two non-original fenders indicating previous crash damage, has a corroded undercarriage, was claimed to have spent a fair amount of time stored outdoors, and has a non-original S52 3.0-liter straight-six engine with a bent valve following an overrev. In the end, the M3 Lightweight hammered at $18,000 (add BaT’s five-percent buyer’s premium for a total of $18,900). There are still some original and no-longer-available parts here, such as the lightweight doors, stiffer suspension and front and rear spoilers. Best bet is to turn this one into a track car and never look back. 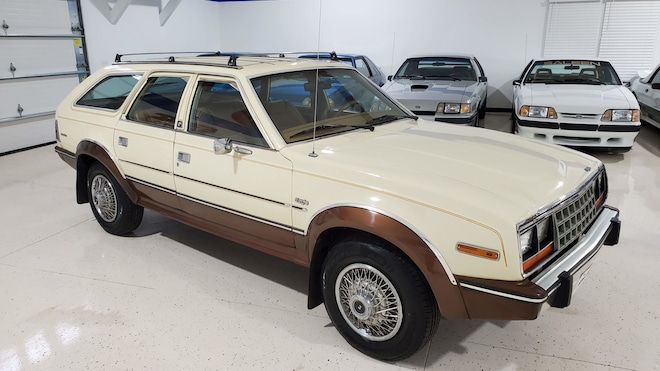 By the end of the 1980s, SUVs were still on the cusp of gaining the mainstream appeal they have now. Station wagons were still the weapon of choice for growing families and this AMC Eagle wagon offered what many contemporaries didn’t: a high-rise suspension setup and four-wheel drive. With a 258-cubic-inch straight-six, a three-speed automatic and a single-speed transfer case, the AMC Eagle wagon was perfectly practical for outdoorsy families, even if it didn’t have much curb appeal–then or now. This car looked clean enough, with just 116,000 miles and single-state registration throughout its life. We think it would be the perfect car to keep at your rural cabin getaway. The price was fair. 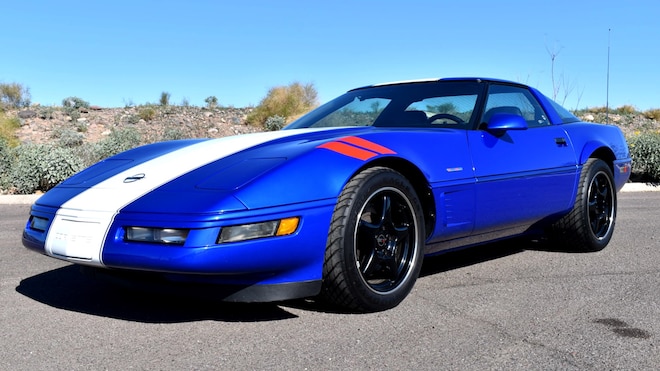 By 1996, the C4 Corvette was in its final year of production, and the “King of the Hill” ZR1 model and its trick 405-hp DOHC Lotus-developed V-8 engine had been killed over slow sales. If you wanted performance, a Grand Sport was the way to go, with its 330-hp LT4 V-8, six-speed manual transmission, racy blue with white stripes paint scheme and ZR1-size tires (275 width up front, 315 in the rear). This Grand Sport was an exceptionally low-miles car in garage-queen condition and the seller thought $30,000 was too little to accept. Were they right? Maybe, maybe not… the C4 market is still pretty cold. What we do know is that the best C4 Grand Sports have surpassed even the best C4 ZR1s in price, partly due to the added complexity of the ZR1 engine and its far more expensive maintenance needs. 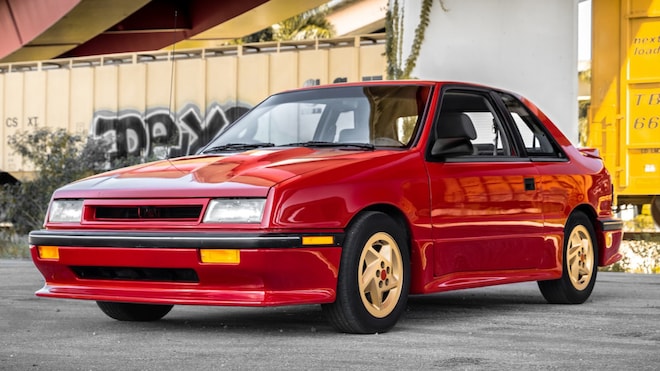 Take a Dodge Shadow, a marketing department with some money to spend, and legendary racer and automaker Carroll Shelby, and what do you get? The answer this Shelby CSX-VNT, a warmed-over Dodge Shadow. Powered by a 2.2-liter turbocharged inline-four and equipped with a five-speed manual transmission, this sports coupe puts out 175 hp and 205-lb-ft to its front wheels. Shelby touches include the valve cover, steering wheel, sport seats, upholstery, sport suspension, and 15-inch Fiberride composite wheels. This one generally looks to be in good shape, though some paintwork has been done and the car has 113,000 miles on it. We’ll call this one fairly bought given its rarity and Shelby tie-in. Is there any Shelby-badged car that you can buy for less? 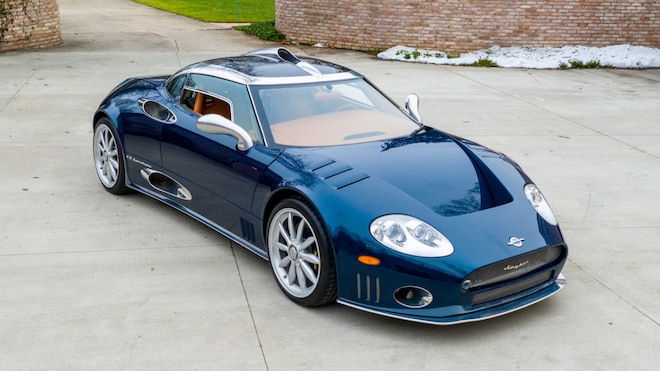 Remember Dutch automaker Spyker Cars? Perhaps best known in more recent times for its failed bid to purchase Saab from General Motors, then Spyker’s subsequent bankruptcy after the deal went south, this auction is a reminder that there were some pretty amazing Spyker cars built for a time. This C8 Laviolette is one of them, with its aluminum spaceframe construction, 400-hp 4.2-liter Audi V-8 engine, and Getrag six-speed manual gearbox. The quilted leather interior with engine-turned aluminum trim looks nearly as impressive as anything out of Pagani’s factory, and the aircraft-inspired exterior design is still breathtaking to look at, too. We see so few of these cars at auction that it’s tough to pin a value on one, but suffice it to say the seller–who is the original owner–walked away happy with the price after enjoying the car for 13 years and 2,600 miles. 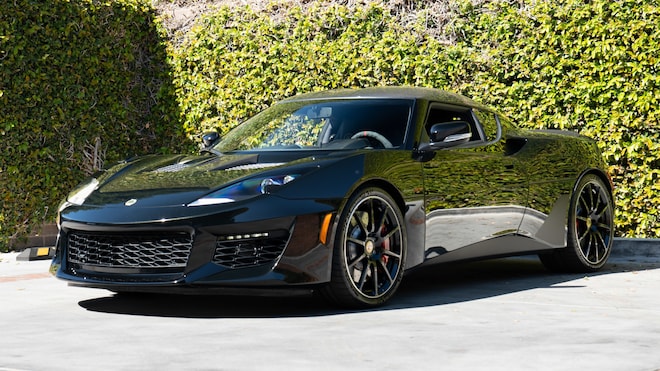 “The Evora GT is no somber experience, rather being a carnival of speed and noise,” proclaimed Automobile senior editor Aaron Gold after a recent stint in the 2020 Lotus Evora GT. Yes, we love the Evora ‘round these parts, and this nearly-new GT caught our eye on BaT this week. Apparently the car’s first owner didn’t feel the same way; this example has just 450 miles on its’s supercharged 3.5-liter V-6 from new. Base price for a new Evora GT is around $100,000 and the car in question was well optioned enough to land at a near-$117,000 original sticker price. We all know that new cars depreciate as soon as they’re driven off the dealer’s lot, but now we know just how much in the case of an Evora GT. The selling dealer thinks it can do better than the high bid. We wish it luck. 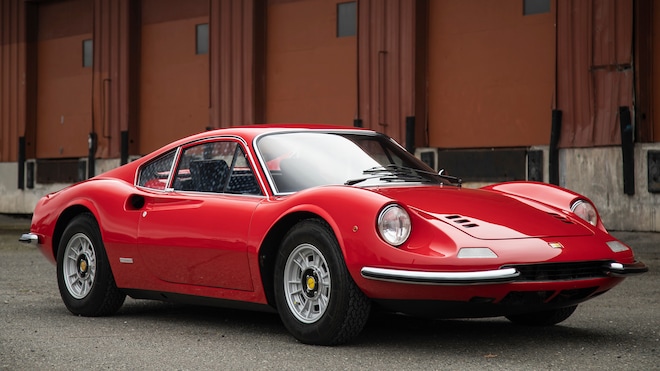 Perhaps one of the most controversial and misunderstood Ferraris ever built, the Dino was originally supposed to headline a subbrand to Ferrari, offering a smaller, sportier, less expensive alternative to the big, hairy V-12 front-engine touring cars. The Dino was also Ferrari’s first mid-engine road car, and utilized a V-6 engine design that had given Ferrari a Formula 1 world championship in the 1950s. Named after Enzo’s late son, Dino, the car had no external Ferrari badges in his honor. Dinos played a key part of the big rise in Ferrari prices in 2014 to 2017, with some examples reaching auction prices of half a million dollars and more. Now, they’ve trickled back downward, with the very best examples commanding nearly $400,000 and lesser cars arriving about where this one ended up. This one was well-documented, but had suffered a previous accident and a repaint from its original Verde Germoglio color. The high bid felt market correct, but the selling dealer–perhaps having paid too much–disagreed.

The post This 2007 Spyker C8 Laviolette is $315,000 Worth of Beauty appeared first on Automobile Magazine.