The Best Roads from Tokyo to Ito

ITO, Japan—Katsuhiro Otomo’s Akira series of manga was the inspiration for my road trip in Japan last spring. It’s a crazy comic book from the ’80s—the artwork in it is incredible. There is also an animated 1988 film of the same name that’s worth a look.

Akira is a pretty bizarre tale, set in an alternate 2019, three decades after the Japanese military nuked Tokyo as a result of a secret government science experiment gone seriously wrong. The final battle takes place at the old Olympic stadium. It’s a trip.

The comic book premise doesn’t seem so strange these days, but my spring 2019 trip was, thankfully, nothing like Akira. Instead, I found the best roads from Tokyo to Ito—roads I hope to visit again when travel returns to normal.

The Road to Ito

Ito is a sleepy little beach town about 80 miles south of Tokyo, on the eastern coast of the Izu Peninsula. There are hot springs, beautiful beaches, great ramen joints, and a cozy cocktail bar called Freaks that opens after dark. Oh, and you can spend your days riding (or driving) on the many twisty mountain roads outside of town and around the peninsula. Or you can surf or tan on the beach, too. 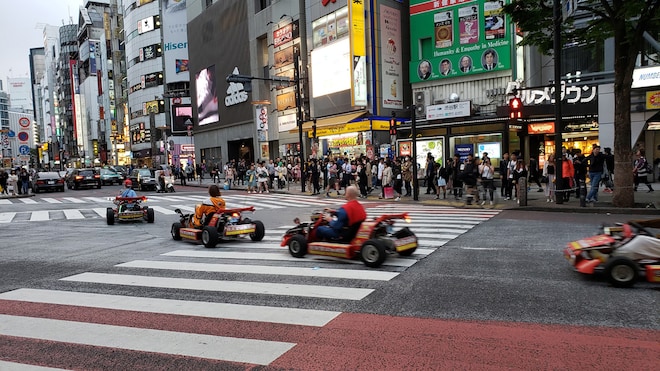 But first I recommend spending a few days in Tokyo if you haven’t been there before, preferably walking so you can get used to traffic flowing on the left—especially if you aren’t experienced in the art of driving on the left side of the road. Fun stuff worth seeing or doing in Tokyo: The bizarre Robot Show in Shinjuku, partying like a millennial in Shibuya (where you can find cocktails with Kobe beef bacon in them), and eating the pizza at Savoy in Roppongi. A visit to the Gotokuji Temple (the birthplace of those waving cats you see everywhere) is also worth it for the good luck.

Things to Do Around Tokyo

Once you feel comfortable training your brain to think on the left side, you will greatly increase your chances of not riding or driving directly into oncoming traffic, which I only did once. Well, maybe twice. Hey, I survived.

Depending on the time of day, getting out of Tokyo can take anywhere from minutes to hours, depending on your route. I took the long way because I thought I could get around Japan by avoiding the toll roads. I was wrong. Just pay the tolls. You can even rent an expressway pass transponder that will save you lots of time—plus some of those toll roads are actually pretty decent to drive, too.

If you’ve never traveled in Japan, you will not believe the rest stops compared to ours in the U.S.—they are spotless, with plenty of plugins to charge your phones, and tons of wacky vending machines. At one stop I even saw a machine for French fries. Also, you can buy nearly everything you need at the 7-11, and it’s all good, especially the egg salad—it’s tasty all over the country. 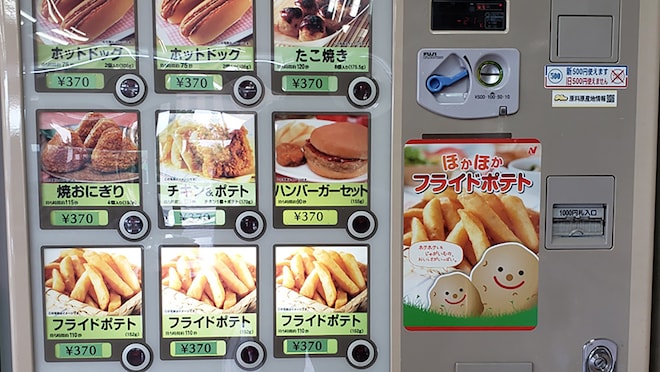 The best and quickest road out of town is the Metropolitan Expressway No. 1 toward Haneda airport. It runs along the Tokyo Bay, offering some incredible views of the city as you make your way toward Kawasaki and Yokohama. If you see signs for Narita, you are heading in the wrong direction.

The Great Buddha of Kamakura

About 38 miles south of Tokyo sits a highly recommended pit stop in Kamakura. Stop to check out the Great Buddha and the cherry blossoms if it’s the right time of year. There are many temples and shrines in the area, but the Kotoku-in Temple is the one you want to see. The towering 37.1-foot-tall bronze statue there was built in 1252, and was originally covered in gold leaf. Admission is JP¥200 (less than $2) and for an extra JP¥100 you can walk inside of it. There are trails to hike if you want to stretch your legs.

From Kamakura, take 134 and Highway 1 toward Odawara along the Sagami Bay for about an hour, then head south on 135 near Atami. This is where the roads really start to get fun, really hugging the coast. Don’t let the tsunami signs scare you off, but if it looks stormy, head immediately for the hills. You’ll pass through a few touristy towns, including Ajiro and Usami, to finally land in Ito.

Cool Things to Do in Ito

There are several ramen joints in town, but I prefer the mom-and-pop restaurant Kurumaya Ramen that’s across the street from a friendly local bar called Freaks. Try the butter ramen and a cold beer. After a night of rest, get up early and work your way around the peninsula on 135 and 136, or cut over 414 and make your way to Mount Fuji where you will find even more breathtaking roads.

The post The Best Roads from Tokyo to Ito appeared first on Automobile Magazine.