The popular online collector car auction site Bring a Trailer (commonly abbreviated BaT) has been growing steadily through the past few years and with traditional, in-person auctions effectively canceled for the foreseeable future, BaT still ran dozens of very real cars across the virtual block this week. With most of the big-name auction houses ill-equipped to offer online sales (RM Sotheby’s being an exception), BaT will be the dominant source of market results, at least within the United States.

Here are some of our favorite BaT lots from this week. Please note that all “Sold” results include BaT’s 5-percent buyer’s premium, up to its self-imposed $5,000 maximum. 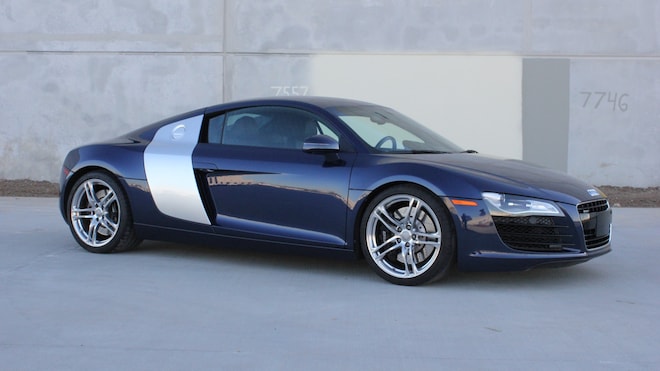 First-generation Audi R8s are cars we hear a lot of questions about, particularly in regard to what they’re worth now that Audi is years into production of its second-gen model. The premise of the R8 was that it was an imminently useable, yet semi-exotic-feeling supercar. Because of that, many owners did use them extensively, racking up lots of miles in the process. This 2009 example in Audi Exclusive Blue is on BaT for the second time, having been sold from California to Texas, and now available again. With 28,000 miles on the odometer, the car has already had its 65,000-mile service (due to age), and appears to be in very good to excellent condition. An early example, it has a mid-mounted 4.2-liter V-8 engine making 420 hp and a cool gated six-speed manual transmission. How much is that manual worth over the R Tronic single-clutch semi-automatic gearbox? On another BaT auction this week, a 6,000-mile 2008 R8 with the R Tronic transmission stalled out and didn’t sell at $49,263. If you waited out the heady surge of air-cooled 911 pricing in hopes that values would fall back to Earth, your time may be coming. Though most Porsche values have come off-peak by some 30 percent or so, there’s nothing like a little global pandemic to drag down valuations a bit further. This 1996 993-series car is an all-wheel-drive Carrera 4, slightly less desirable these days than the standard rear-drive model for most buyers. Still, it looked good with a Turbo-style wing, six-speed manual gearbox, black exterior, and “Rest of World” Porsche sport suspension, which lowers the car slightly. With 96,000 miles on the clock, this will never be a Grade A collectible 993, but at $49,029, the buyer got a solid-looking driver at a very fair price. Think this is an anomaly?  A final-year 1998 Carrera 2 Cabriolet with 59,000 miles and a six-speed manual went unsold at $37,250 as did a 60,000-mile 1996 993 Turbo at $88,993. 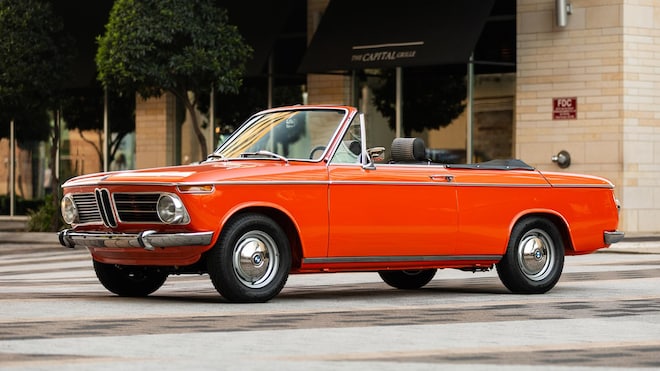 Never seen a convertible BMW 2002 before? You’re probably not alone, as Karosserie Baur, a German coachbuilder, only produced some 200 examples in its Stuttgart headquarters in 1971, before transitioning to a Targa-style roof ahead of possible future safety regulations at the time. With some 150,000 km on the clock (around 93,000 miles), this 2002 Cabriolet has previously received an engine and transmission rebuild and fresh Inkarot paint. It also comes with a BMW Classic certificate confirming its original build numbers and specification. This was a strong price for a strong car in a great color, showing that well-moneyed folks are still paying up for the best, even in uncertain times. Ok, we’ll admit it. We didn’t know such a special edition Ford Bronco existed, yet here it is. This Denver Broncos Edition classic off-roader is said to be one of 214 commissioned by Golden Ford in Colorado and is equipped with a 302-cubic-inch V-8 and three-speed manual gearbox. This one has had plenty of modifications, including rear fender flares, a fiberglass hood, a six-point roll cage, aftermarket seats, and more, which means that collectors likely weren’t clamoring to stuff this one away in a warehouse. Instead, it sold for a modest $26,250, which seems a fair price for a somewhat flawed, but eminently useable classic Bronco. We’re sure the buyer is hoping for a strong summer to enjoy this new toy. 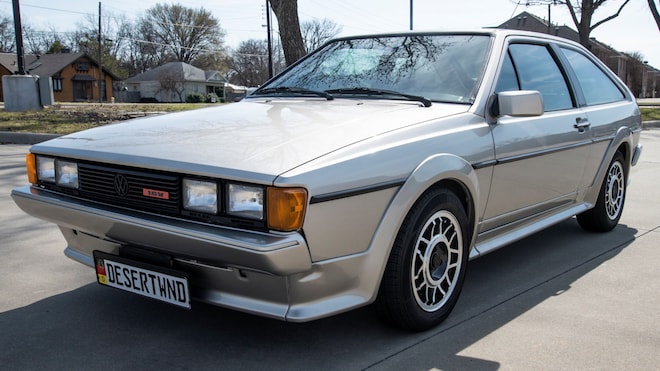 No, that’s not a typo. This 1987 Volkswagen Scirocco with the 16-valve 1.8-liter four-cylinder engine just sold for nearly 40 large. We’ll give you a moment. All better? Ok, this car had only covered 31,000 miles since new (though BaT notes it must be sold with true mileage unknown as the original speedometer was replaced in 1987 after 10,084 miles–this is a legal requirement) and was a multiple award winner at various shows, with the trophies to prove it. With a five-speed manual gearbox, period Neuspeed strut tower braces, “Snowflake”-style wheels from an ’84 Volkswagen GTI, and Bilstein shocks, along with an unmolested vinyl and cloth interior and attractive Flash Silver Metallic paint, this one looks just right to us. Was it worth $37,000? Most Sciroccos are worn out, high-mileage, rusty cars by now. If you’re crazy about Volkswagens, this was a cream puff that you didn’t want to miss out on. 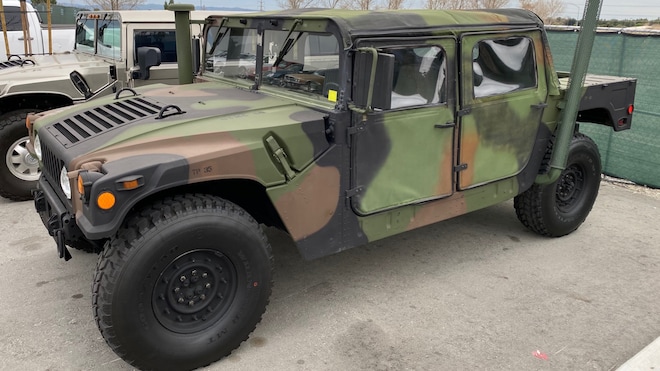 Thinking it couldn’t hurt to pick up a mil-spec classic vehicle? How about this AM General military Humvee, kitted out with a 6.5-liter V-8 diesel engine, three-speed automatic transmission, and a two-speed transfer case. This one seats four civilians and has a high-mounted intake and exhaust system for fording water crossings. In its full-camo paint theme, it’s a menacing-looking beast of a truck. And possibly a very timely auction offering. Keep in mind, these aren’t road trip cars. Ever pass a fleet of these on the highway like they were standing still? There’s a reason for that: they’re happiest at lower speeds; the speedometer tops out at 60 mph. 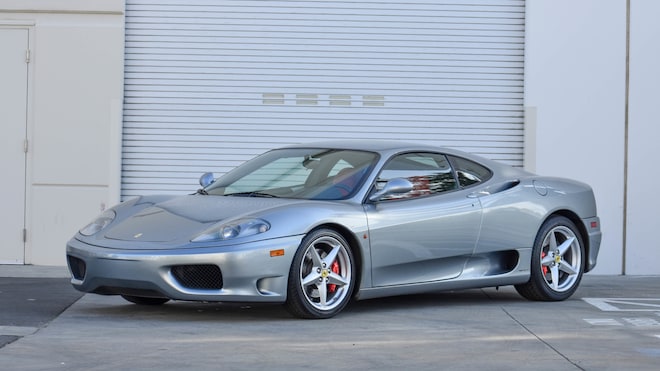 If you’re looking for a first-time Ferrari on some semblance of a budget, a gated six-speed manual 360 is a pretty solid choice. While it may lack the sheer beauty of the F355 that preceded it, the 360 is far less costly to service with the every-five-years drivebelt service able to be done without pulling the engine. Stick with a desirable and less complex manual gearbox and you’ll also save on service costs over the more common F1 automated manual. This car ticked all the boxes, with a strong color, just 15,000 miles, red Daytona-style seats, and a recent full servicing. This one was on the money for a well-optioned 360 coupe.